“Nobility” is mainly a European and medieval concept, one associated with the monarchical and feudal system. Historically, “nobility” really exists as a privileged legal status between the 1200s and the French revolution of 1789. In France, nobility was restored as a legal status under the Empire and Restauration, but the associated legal privileges were greatly reduced to the permission to use a title. Throughout Europe, the monarchical system (nobility being an associated feature) continued as normative until World War I.

Since then, nobility still exists in some countries as a recognized and regulated legal status, but generally without any legal privileges. “Nobles” continue to be created in several European countries notably Belgium and the United Kingdom where “peers” may still enjoy specific privileges.

Not all “nobles” have a title (lord, baron, viscount, earl or count, duke, or prince) and not all titles are absolutely associated with nobility. A Scottish barony is indeed a title, but one that can be purchased and that is not linked to noble status. Also, not all noble families have a recognizable last name containing what is known as a particle (“de” “di” “von”). In France, imperial nobility often did not come with a name change, and many families have the appearance of nobility (last name with a particle) but are not in fact officially registered as such. Austria abolished the very concept of nobility (even as a historical legacy) and famously made the “von” particle illegal. In France, name changes are almost impossible to obtain, but it is not possible to combine the father’s and mother’s last name (or chose either one), which has allowed noble last names to avoid extinction.

Clearly, the idea (even ideal) of nobility has ancient roots and many features of a traditional society. The most interesting is the attachment of noble families to traditional aspects of life, notably estates (castles and manors) as well as religion. As a result, members of the nobility tend to intermarry in order to maintain these traditional values. 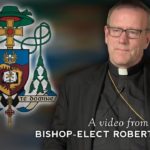